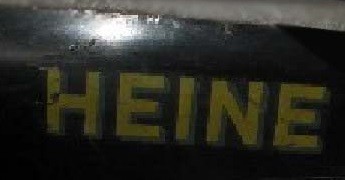 Heine, typically for that period was a cabinet maker before picking up propeller production. The workshop established by Hugo Heine was located in several premises in Waidmannslust Berlin. By 1914 the company trade mark “Heine Propellers” was registered. Growing demand of WWI aircraft production resulted in some 36.000(?) propellers produced at that period, making Heine the largest producer of German airscrews. Thanks to the big number relatively many of them survived to contemporary times.

Heine in Poland. Obviously, Heine propellers were used in Poland after regaining independance in 1918; That concerned some propellers installed on captured aircraft, damaged, and stored in warehouses (like it was in Poznań – Ławica).

After WWII the history re-occured, and german capured aircraft, like HE 72 Kadett cor FW 44 Stiegliz, were fitted again with captured German propellers including Heine, some of proppeelers were fouund as used or  spare parts. 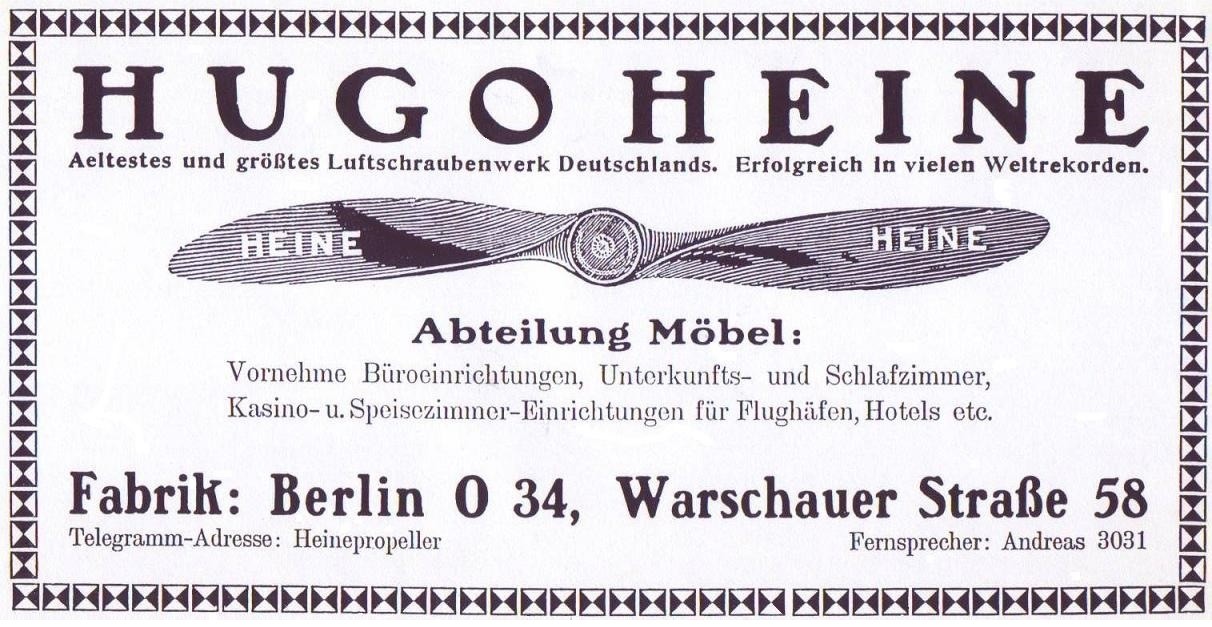