Established by Sensenich Brothers (Harry and Martin) in 1932, however first props goes back to 1927. Main Plant was located in Lancaster, Pennsylvania, west coast branch located in Glendale, California. In 1949 Sensenich began to manufacture wood propellers for the airboat market. Aluminum fixed pitch propellers for general aviation were added to their product line in the 1947. During the 1960’s the use of UAV’s became prevalent and Sensenich was right there with propellers for the new industry (target drones). In 1989 company sold to Philadelphia Bourse Incorporated. In 1999 they began line of ground adjustable composite propellers for Airboat, Aircraft and UAV’s.

Sensenich is  a well-known US wooden, fixed-pitch propeller manufacturer for light aircraft, homebuilt experimental aircraft and flying boat as well.

Sensenich in Poland is strictly related to the purchase of Piper Cub aircraft at an early post IIWW time. These propellers which survived – together with the aircraft – external, 2 years, open – air  storage in Germany were still in use in Polish Airclubs for a couple of subsequent years. Next, gradually replaced by Polish LWD copies. 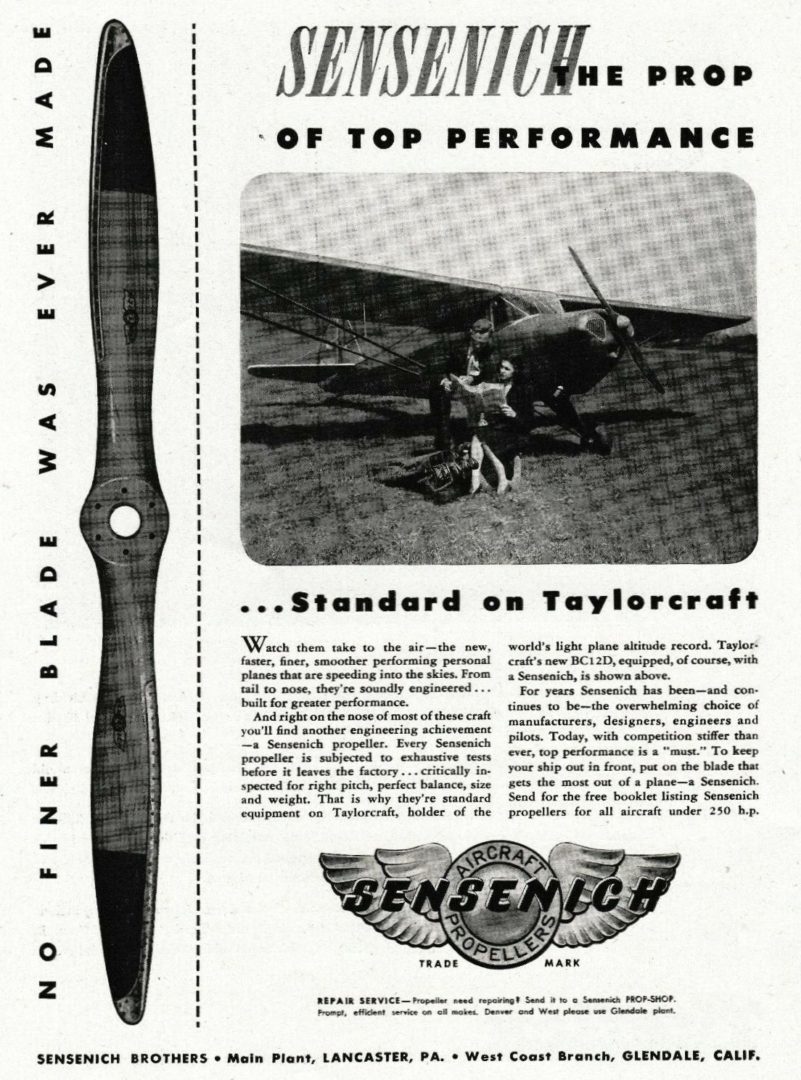