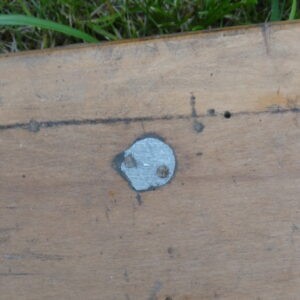 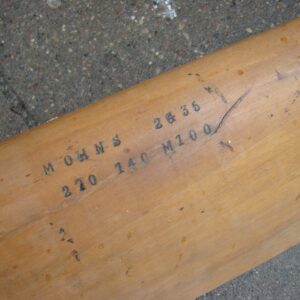 Photo 2: Markings – not typically placed on one of the blades. Photo M. Peikert 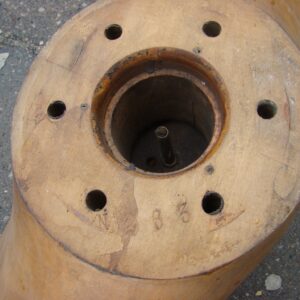 About the propeller. The propeller was produced by Mohns workshop.No sheathing, decals – most likly has beed removed, the same concerns the original coating. Found in the area of Gdańsk. On auction in May 2017, Mentioned in Bob Gardner’s book, as a one of two known propellers of aforementioned manufacturer. In private collection now (2020).

Aircraft and Engine. The propeller was powered by 74 KW (100 HP) inline, water-cooled, anti-clockwise rotation engine. And again it is not 100% clear, what was the aircraft type. Before WWI Rumpler Taube (a German copy of Etrich Taube) aircraft was equipped with Mercedes 100 engine. Next aircraft powered by this engines were some WWI reconnaissance aircraft – Albatros B.I. and Aviatik B. 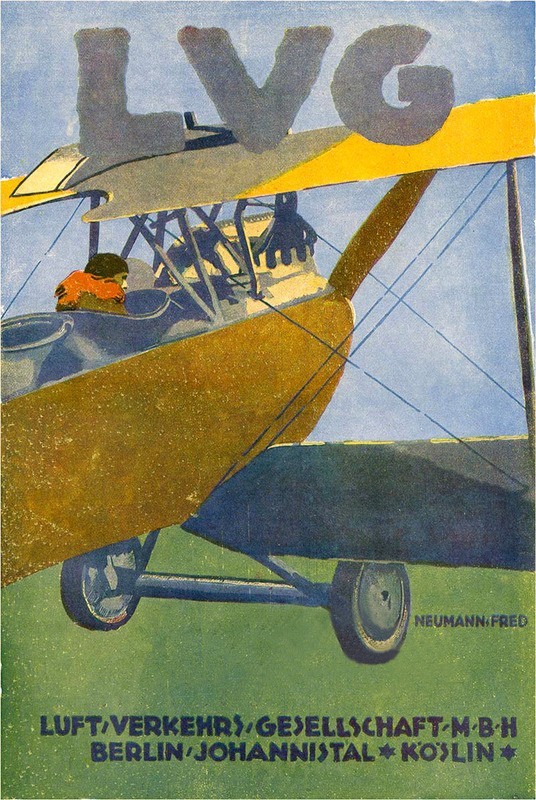