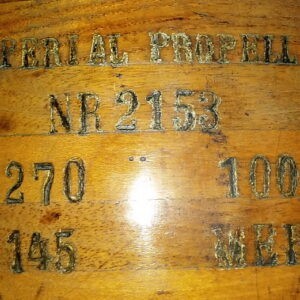 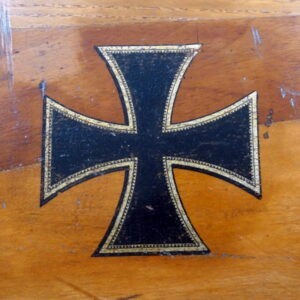 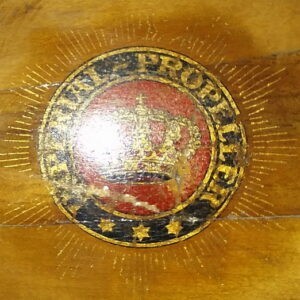 About the propeller. The propeller is preserved in good shape. Except the propeller number and the engine type also  a pitch (H – 145 cm) and diameter markings (D – 270 cm) are clearly pressed on the hub. Also decals – both Pattee Cross (used by four German propeller producers) and manufacturer’s are well preserved. The manufacturing date of this prop is 1917-1918. Other markings visible are test speed and German airworthiness approval: GEPRÜFT FLZ. Comparing the other known Mercedes 100 propeller the pitch has been increased slightly – by 5 cm.

Construction. The propeller lamination consists of 7 plies including: ash, mahogany, and walnut(?). No sheathing fitted.

Aircraft and Engine. The propeller was powered by 74 KW (100 HP) inline, water-cooled, anti-clockwise rotation engine. Designed before WWI by the end of the war Mercedes 100 engine was already obsolete, so the propeller was most likely a replacement one. Aircraft powered by this engine were (for example) some WWI reconnaissance aircraft – Albatros B.I. and Aviatik B. 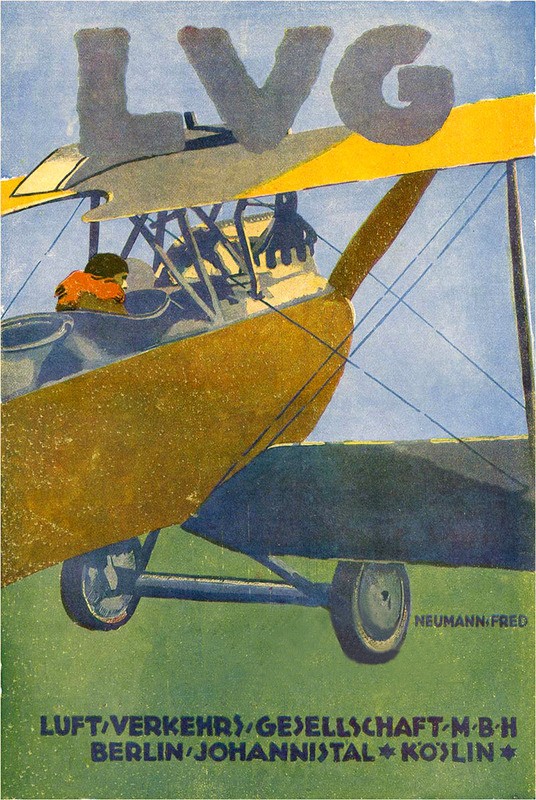